We have completed our season on 11th May with a team of Japanese guests. Our crew have already missed the water

The trip from 6 – 11th May was a central Maldives trip, we went to North & South Male Atoll, Rasdhoo Atoll, North & South Ari Atoll and Vaavu Atoll.

On our first day, we did a check dive at Fish Tank.
There were school of butterfly fishes, blue snappers, sucker fishes, puffer fishes, and a baby sweetlips, some Anemone fishes on the side of the reef, so many fish bones and skins were around the sandy bottom, all fishes were having a good meal, and getting fatter like the giant morays living there !!
Second dive at our colorful soft corals place – Naseemo Thila. We saw a giant Nepoleon, some Maldivian Blue snail sponges, juvenile yellow box fish, a turtle, and the usual reef fishes. Soft corals, blue, yellow, blue and purple were all around the overhangs and rocks, it is a really beautiful place.
Third dive of the day at Lankan Reef. We wanted to meet Manta Rays but they weren’t there. Some sweetlips, 2 Hawksbill Turtles and 1 giant Green Turtle, some Nudibranches and gobbies.

First dive of second day at Rasdhoo Madivaru. It was an epic dive! We met many white tip sharks, Grey Reef Sharks, 2 Nepoleons, 3 Egale Rays, 3 Manta Rays, and big school of Jacks !! It was too much for one dive, our guides was busy pointing fishes to our divers, every next seconds, there were something bigs happened.
After the dive, we found 10 Mantas inside the bay in the dive site, they were in a line waiting for us snorkeling, everyone saw them!
2nd dive at Kan Thila, the current was outgoing, not many sharks there, but we saw 2 Nepoleons and 1is giant! group of blue snappers were always around.
Fish head as the third, we met 2 Turtles, big school of yellow snappers, Tunas, Jacks and quite a few Grey Reef Sharks.
For Manta night dive, we met 3 Mantas at Fesdhoo Goni, they were around the whole dive getting needed by plankton.

Third day was a whale shark seaech day!!
We did 2 dives around Maamigili area in South Ari Atoll. We met one whale shark closely while snorkeling, but we didn’t see them during two search dives at Sun island out and Lux Out but 2 Leopard sharks and some Stingrays. We had a relaxing afternoon before beach BBQ.

On the forth day, we dived at Vaavu Atoll.
First dive at Fotteyo, it was outgoing current unfortunately. We saw only 1 or 2 Grey Reef Sharks, but some Tunas, Jacks, beautiful bright yellow soft corals hanging over the overhangs. An Egale Ray passed by too.
Fushi Kandu as the 2nd dive. It is a babies place for baby Barracudas and baby reef sharks. After we descented, we saw 5-6 white tips sharks at 25m. While we were moving to the corner around 20m, a group of baby Barracudas came, and group of 40+ Grey Reef Sharks were behind them!!! Lucky

🤘
The weather turned to a bit bad before our third dive at Miyaru Kandy and it was outgoing current, we drifted from inside to outside of the channel, nothing much for the dive, some Tunas and reef fishes only.
We had the 4th night dive at Alimatha Jetty, the sharks were hungry, more than 20 fatty Nurse Sharks, 5-6 stingrays, and some Jacks, it was fun as always.

On the last diving day, we did only two dives, both at Kandooma Thila.
We had small outgoing current at first, group of 20+ Egale Rays showed up at 30m, in the middle of The dive, right after that, a group of 15 Grey reef sharks, babies and adults showed up

😍 Stay near the edge to see more big stuff

👍
On the second dive, we had little strong Incoming, we were hanging on the edge of 30m, and we tried to swim out when we started to see some grey reef sharks passing by, we saw 10-20 grey reef sharks, some white tip sharks, 2big Egale Rays, some Jacks and Tunas! We like some kind of dives like this sometimes! It is challenging

So it was a great way to finish our last dive of the trip and the whole season of 2017-2018. Salt water, you will be missed

Rain season is starting but we generally had a fine weather. 3mm wetsuit would be enough as the water temperature was about 27-30℃ 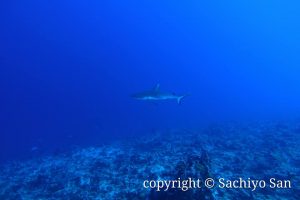 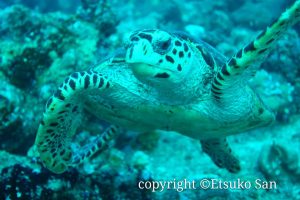 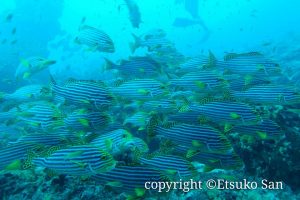 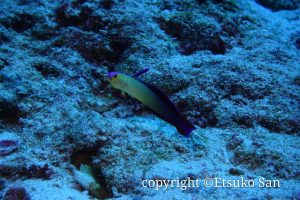 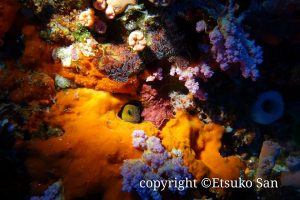 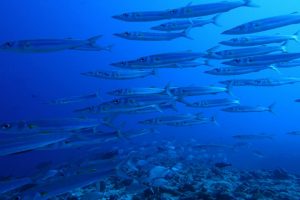 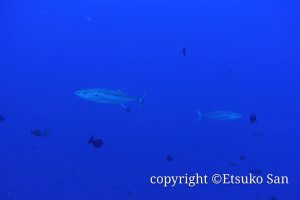 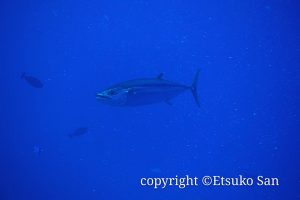 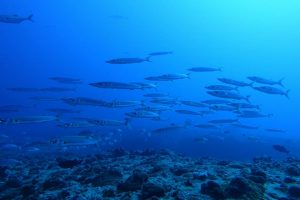 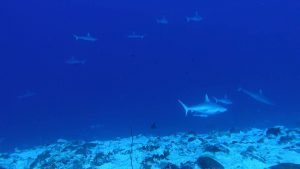 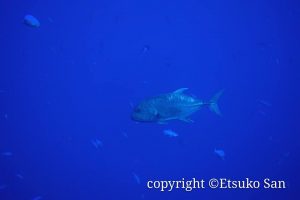