Hi! The dry season has come in the Malidves finally.  The luxury route of #Northern Explorer, which allows you to explorer in the #Baa, #Raa, #Shaviyani, #Noonu, #Lhaviyani and #Male Atolls, we just came back from. Here is the report of the trip!

The day 1 started with a diving at Dhonfanu Thila in the Baa Atoll. We flew from Male to Baa for this. About 6 of Spotted Eagle Rays appeared right after the entry. Besides, we enjoyed to encounter with Napoleon, Grey Reef Sharks, Fusiliers, Bluefin Trevallies and GT! The 2nd dive was at Dharavandhoo Corner. We saw the school of Oriental Sweetlips with their perfect formation and the even bigger school of Bigeye Trevallies!

The day 2, we had to check if there was the sign of Manta Rays in the Hanifaru bay while we were around since it was the day for us, the safari cruises, to snorkel with them. The 1st dive of the day was at Dega Thila in the Baa Atoll. It was a great visibility but I could not see anything but Luminous Cardinalfish or Silver-Stripe Round Herrings because of the dense school of them. We also enjoyed to observe the Longnose Hawkfish. The 2nd dive was at Dharavandhoo Thila.  Observing several kind of Gobbies is fun at this point. This time, we could find the Tall-fin Shrimpgoby, which normally seen deep in the ocean, at only 15 meter depth. That made me so happy. After the dive, we still had no sign of the Manta Ray in the bay. So we decided to head to North. The 3rd dive was at Kottefaru Thila in the Raa Atoll. There was a strong current. Yellowback Fusiliers had a big crowd. We were surrounded by their big Yellow!  Plus, we found a Manta Ray passing by! Then, we enjoyed the big colorful carpet of the Sea Anemone at the shore area. 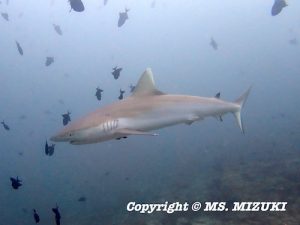 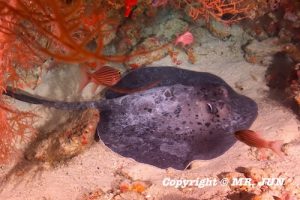 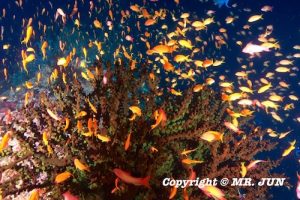 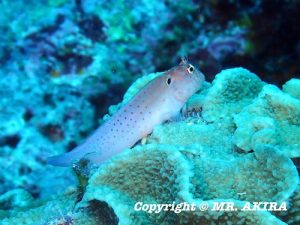 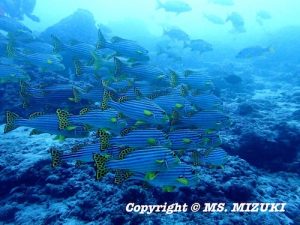 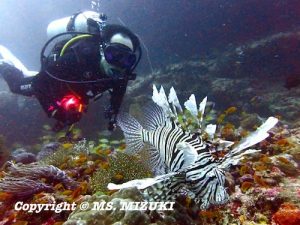 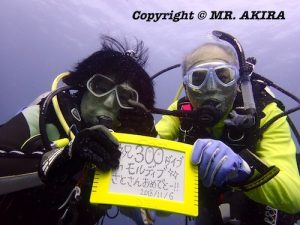 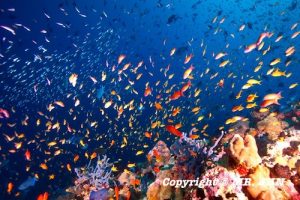 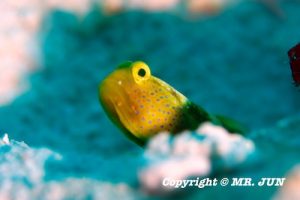 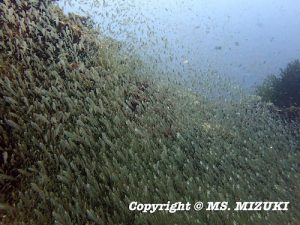 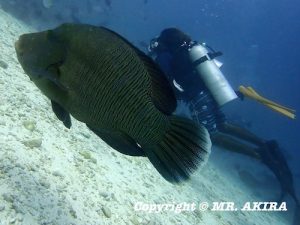 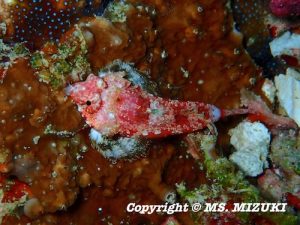 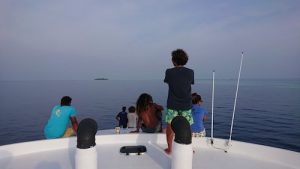 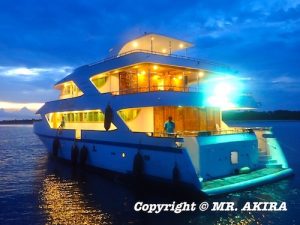