The day 3, the 1st and the 2nd dives of the day were at Moofushi Kandu in the South Ari atoll.  Many Grey Reef Sharks went by as we swam along the reef. The Whitetip Reef Sharks were very relaxing at the bottom. There were 5 of Manta Rays hovering at their cleaning station as well. The 3rd dive was at Radhdhiggaa Thila. I like it here very mystic. Especially for the diver who loves landscape this is the sight to see. We observed Blotcheye Soldierfish, Whitetip Soldierfish, endemic Madagascar Butterflyfish, Indian Bannerfish and Black Pyramid Butterflyfish.

The day 4, the 1st dive of the day was at Kudarah Thila in the South Ari atoll. There was a big yellow carpet made by a school of Bluestriped Snappers at the Thila. Giant Trevallies and Bluefin Trevallies also made a crowd at the place where the current hit. Besides, a baby Spotted Eagle Ray, Maldive Anemone fish family and Maldive Triple fin were seen. After the 1st dive we found a spot being very busy with snorkelers as we were moving for the 2nd dive at Lax Out. And it turned out there was a Whale Shark! Hooray! We immediately joined to the crowed with snorkel but the Whale Shark went deep. We went back to the boat and entered into the water with scuba gear this time. A Whale Shark appeared near the shore side, and we enjoyed the time with him for more than 20 minutes! Yay! The 3rd dive was at Miyaru Kandu in the Vaavu atoll. There was an outgoing current. Instead of Sharks, we ran into a school of Bigeye Barracudas! A school of Bigeye Trevallies followed. The 4th dive was at Alimathaa Jetty for a night dive. The visibility was great! Giant Trevallies, Bluefin Trevallies, Pink Whiprays and Tawny Nurse Sharks entertained us as always! 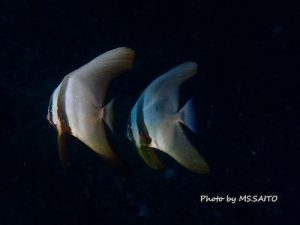 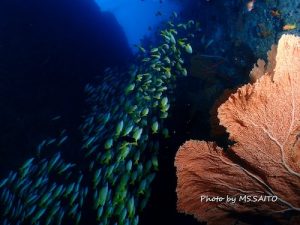 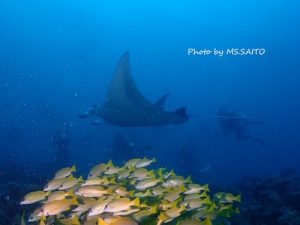 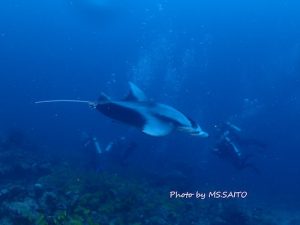 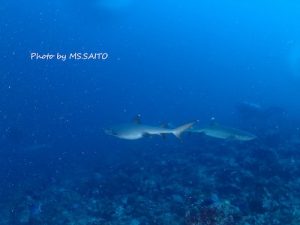 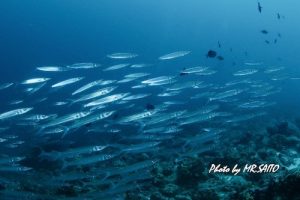 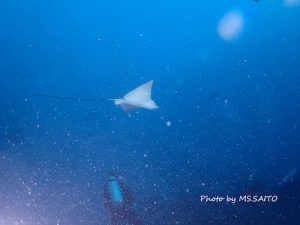 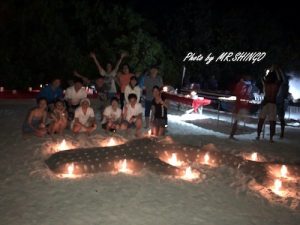 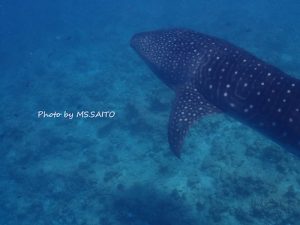 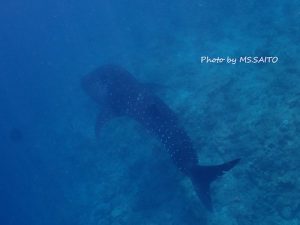 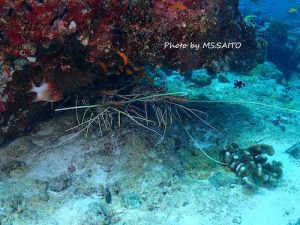 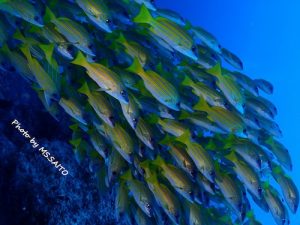 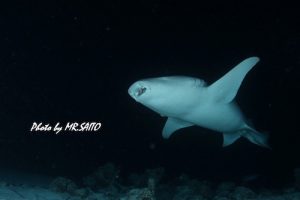 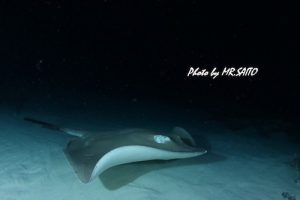 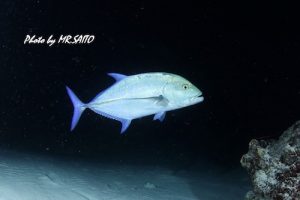