We have just returned from another fantastic diving trip in Maldives. And I would like to share the experience here as always! Currently, the ocean is very calm. No wind and no wave. I would say this is the best condition for divers to come over Maldives!  The day 1, we had a check dive at Fish Tank in the North Male atoll. As always, False Moorish Idols and Moontail Bullseye welcomed us in the water. It was funny to see that Moray Eels have gotten fatter and 6 of them were still sharing a hole to live!  The 2nd dive was at Maagiri Rock. Luckily we were the only group who scuba dove at that time. Successfully observed juveniles of Goddes razorfish and Fowler’s Snake Eels at the sand area. Then, checked the difference of Garden Eels and Spaghetti Eels. Moved onto the reef to see the regular school of Bluestriped Snappers. And specially, I had to check up on the juvenile of Palette Surgeonfish, which has been seen here this season rarely.

The day 2, the 1st dive of the day was at Nassimo Thila in the North Male atoll. There were many fish observed because of a very good tide around the main reef. We had a shower of Neon Fusiliers and Variablelined Fusiliers in the middle. And the hunters like Dogtooth Tunas, Giant Trevallies and Bluefin Trevallies were attacking those fusiliers. Besides, we enjoyed beautifully bloomed soft corals inside the overhang, which was the specialty of this point. The 2nd dive was at Banana Reef, named after the shape of the main reef here. The current was very strong, but thanks to the current we could observe Giant Trevallies, Bluefin Trevallies and Whitetip Sharks were swimming around aggressively. The 3rd dive was at Fish Tank aiming for Guitarfish. Although we could not make it, but more than 50 of Rays surrounded us somehow! 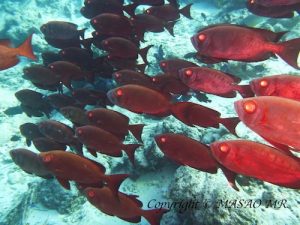 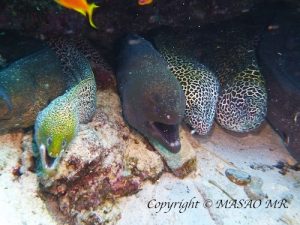 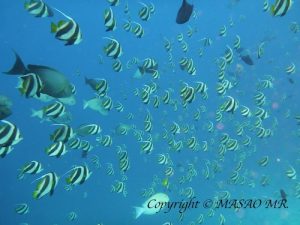 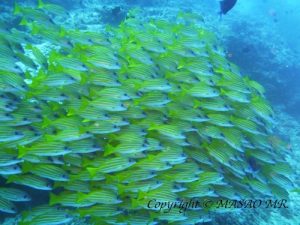 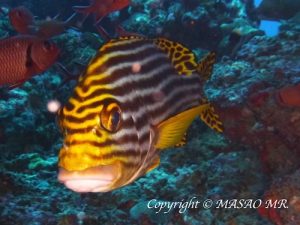 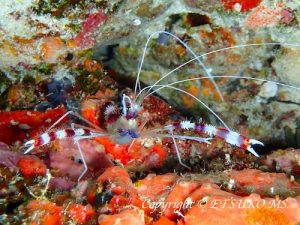 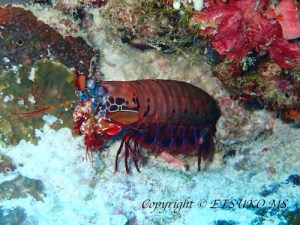 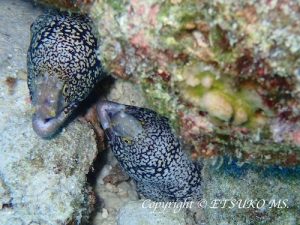 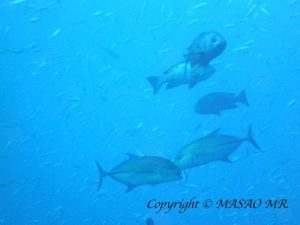 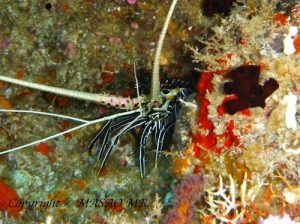 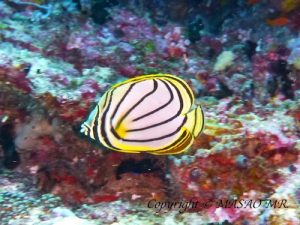 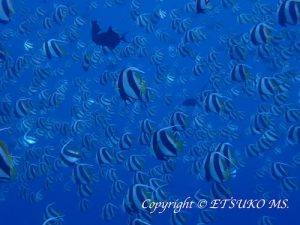 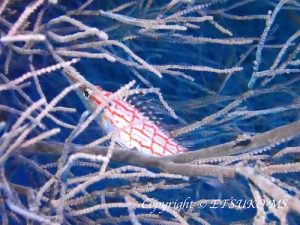 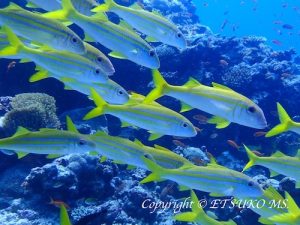 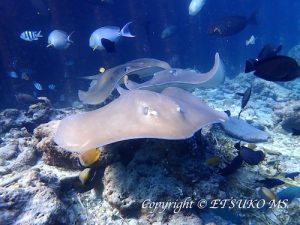 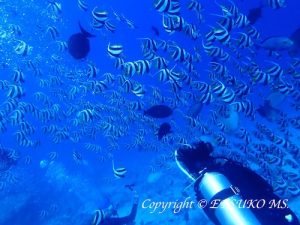 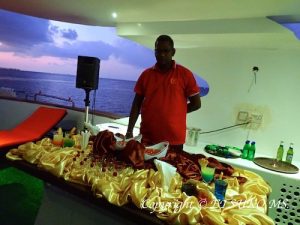