We came back from the Equator! Now, the regular route has bank! The 1st dive was at Maagiri Rock in the North Male atoll as a check dive.  It was a fun dive with Zebra Mantis Shrimps at the sand area, Bluestriped Snappers around the thila, Blue Tangs near the reef, it’s very rare to see here, and about a dozen of Mobulas before the safety stop! The 2nd dive was at Kuda Giri Wreck in the South Male atoll. We enjoyed to see all the beautiful Anthias near the wreck. The 3rd dive was a night dive at Amimathaa Jetty in the Vaavu atoll. This point is always awesome! Tawny Nurse Sharks, Pink Whiprays, Black Jacks and Giant Trevallies full filled our day!

The day 2, we had 2 tanks of dives at Lax Out in the South Ari atoll. Of course, the main reason why we moved to the South Ari atoll from the Vaavu atoll was to see Whale Sharks. It was such a nice day . Unfortunately there was no chance to see it. But we still enjoyed to observe other fish like Yellowback Fusiliers, Neon Fusiliers, Dogtooth Tunas, a Napoleon and Hawksbill Turtle. 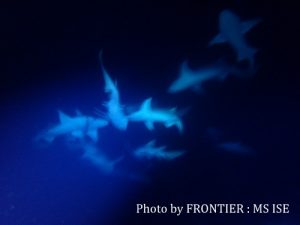 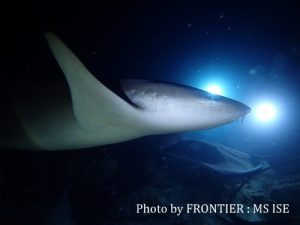 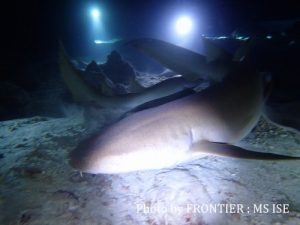 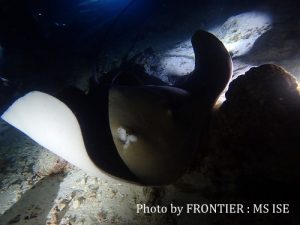 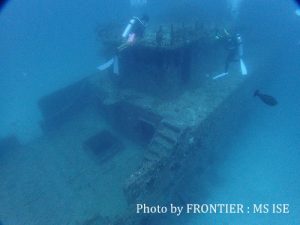 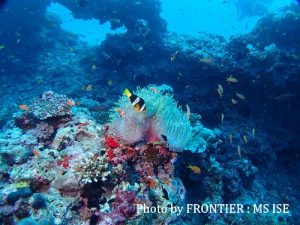 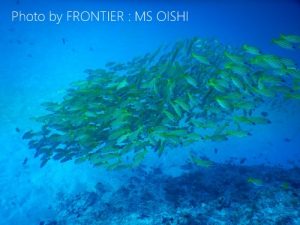 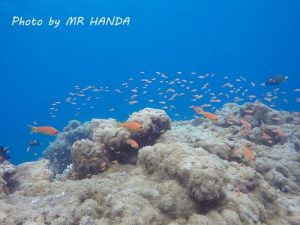 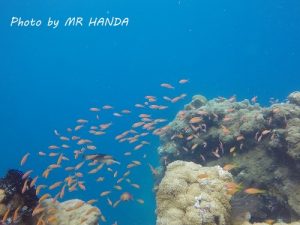 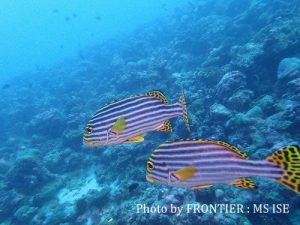 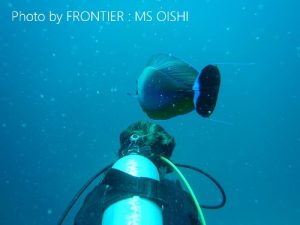 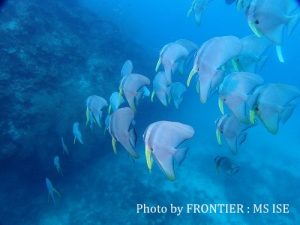 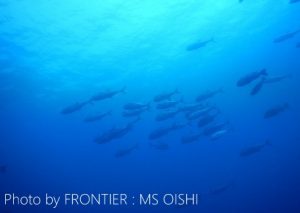