We are on the special route number 4! It’s an irregular trip went through from #Gaafu to #Male including #Laamu, #Thaa, #Meemu and #Vaavu atolls!

The day 6, the 1st dive of the day was at Rakeedhoo Kandhu in the Vaavu Atoll aiming for Manta Ray.  It was a Spotted Eagle Ray welcomed us instead of Manta. He swam slowly for us to be able to take pictures of him!?  Then, a big Cowtail Stingray appeared. We thought it was a Manta Ray because of the size of it. Finally a Reef Manta Ray showed up at the end. Yay!  I was so relieved. The 2nd dive was at Rakeedhoo Kandhu. We decided to go along with the reef from the inside to the outside of the channel because the outgoing current was there. We observed many of beautiful soft corals at the overhangs. Then, we also saw the transition from soft corals to the hard corals near the out reef, where the playground for the cute Anthias. Besides, some of endemic Exquisite Firefish were found at the deep side.  The 3rd dive was at Deevana Kandhu. Although the current was mellow unexpectedly, we still enjoyed to see a big Napoleon and Black-blotched Stingray. Everyone was relaxing there! And the final dive of the trip was at Alimathaa Jetty as a night dive! There was no other divers. The site was only for us! This is very unusual.  The regular Tawny Nurse Sharks, Giant Trevallies, Bluefin Trevallies and Black Jacks were everywhere!  Hooray!  The air temperature was 26-33 deg.C. The water temperature was 26-28 deg.C.

Thank you all for joining to our adventure for the Equator and also for making this trip amazing. Hope to see you all again. 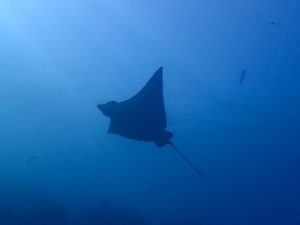 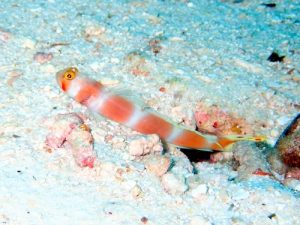 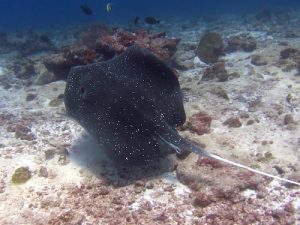 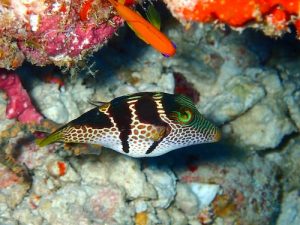 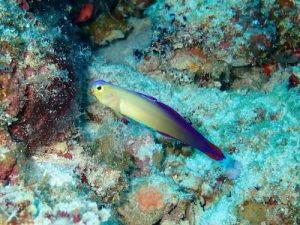 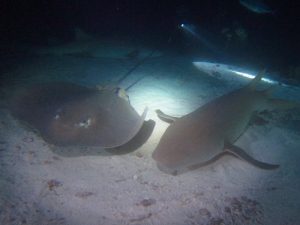 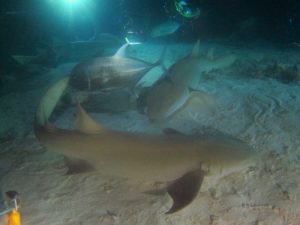 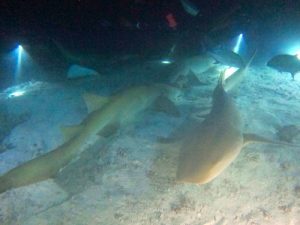 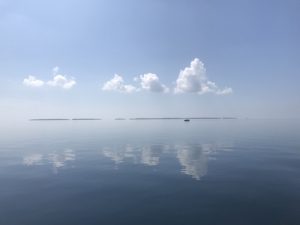 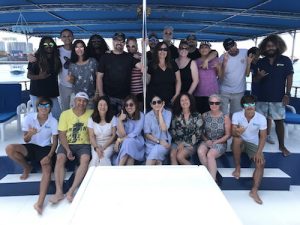