The day 5 was my birthday! I am happily enjoying my life and have been feeling it every single day! The 1st dive of the day was at Maamigili Out in the South Ari Atoll aiming for the encounter with Whale Sharks. We searched and searched for them but no luck.  We found a family of Grey Reef Shark instead in the deep side. The baby was surrounded and protected by the adults. Seeing those fish families sticking together makes me feel good. The 2nd dive was at Miyaru Kandu in the Vaavu Atoll. Many of Grey Reef Sharks appeared at the reef where we settled in. The 3rd dive was at Alimathaa Jetty as a night dive. There were so many Tawny Nurse Sharks welcomed us. Black Jacks, Giant Trevallies and Bluefin Trevallies were seen as well. The dive site has never disappointed us! We celebrated the 3 guests who had his and her birthdays during the trip! Oh I did my own as well, heehee.

The day 6 was the last day of diving for this trip. The 1st dive of the day was at Miyaru Kandu in the Vaavu Atoll. The weather was getting better later of the day but the visibility in the ocean was great as 30-40 meters from the early morning! More Grey Reef Sharks appeared than the day before! And what surprised me most was the size of the biggest Grey Reef Shark in the crowd had about 6 of suckerfish! It looked so powerful! The 2nd dive was at Kandooma Thila in the South Male Atoll. About 3 dozens of Grey Reef Shark babies welcomed us! So cute!  Besides, Hawksbill Turtle, Napoleon, beautiful Anthias, various Butterflyfish, Barracudas and Bigeye Trevallies were seen. The 3rd dive was at Fish Tank in the North Male Atoll aiming for Guitar Shark. Right after the entry we found it!!! Oh, I like it here! Total two Giant Guitar Sharks appeared! Fish Tank is my favorite spot in the Maldives!  The air temperature was 26-33 deg.C. The water temperature was 26-28 deg.C. The 3mm wetsuit was recommended.  Thank you all for joining us and also for making this trip amazing! Hope to see you all again! 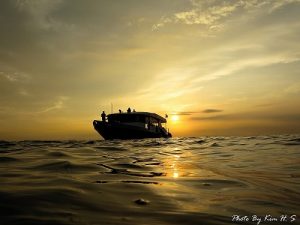 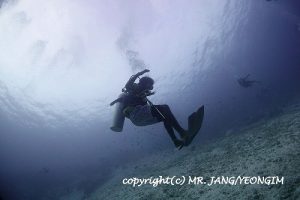 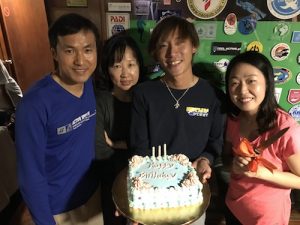 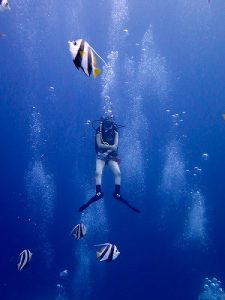 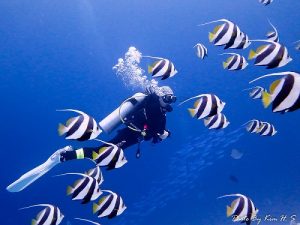 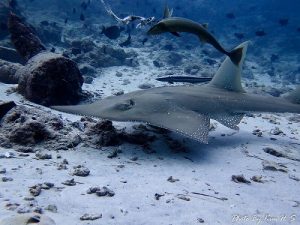 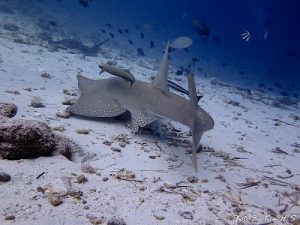 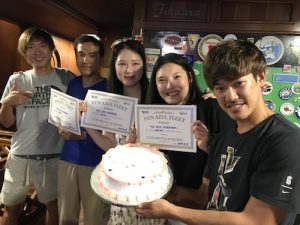