The day 3, we left #Raa Atoll the day before and moved to the #Shaviyani Atoll, which was located to the farthest north of this trip. The 1st and the 2nd dive were at Maroshi Kuda Thila, of course, aimed for Giant Guitarfish. The three Spotted Eagle Rays welcomed us in the water. At the 25 meter depth, we finally spotted a couple of Giant Guitarfish! They were big about 2 meter size, but very shy. At the end of the first dive Bottlenose Dolphins were seen while safety stop. Besides, a school of Bigeye Barracudas appeared at the shore as well. The 3rd dive of the day was at Maroshi Bodu Thila.  There was a good strong current in the water. Big Dogtooth Tunas, Neon Fusiliers and Yellowback Fusiliers were gathered well. And again!? The Giant Guitarfish appeared. Such a lucky day, as we saw Zebra Shark as well.

The day 5, we started the day at Azul Blue in the #Shaviyani Atoll for the 1st dive of the day! This point is good to observe beautiful soft Corals at the overhang. We headed to the #Noonu Atoll after the dive. The 2nd and the 3rd dive were at Orimas Thila, which is well known as a Shark Point, in the Noonu Atoll. It was Shark, Shark, Shark as we expected. Immediately after the entry, many of Grey Reef Sharks circling around were seen. Not only Sharks but also a couple of Spotted Eagle Rays passed, a school of Bigeye Trevallies passed, and Giant Guitarfish again! This trip really had a great luck of the Guitarfish. Besides, we were followed by more than a hundred of Tiera Batfish while the safety stop. The 4th dive was at Christmas Rock.  The form of the reef with colorful soft corals named this point.  A big school of Bigeye Trevallies welcomed us, attacking the Neon Fusiliers at the same time. There were plenty of Luminous Cardinalfish gathered at the Thila as well. 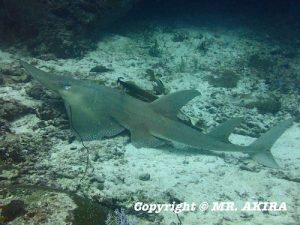 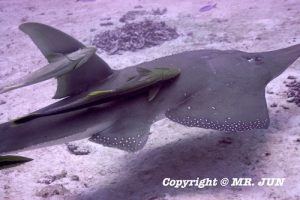 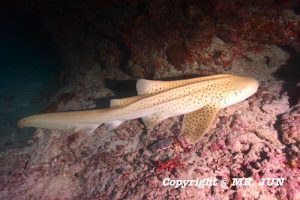 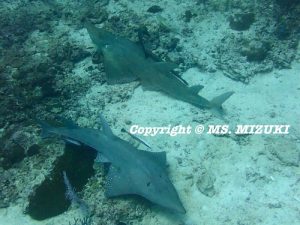 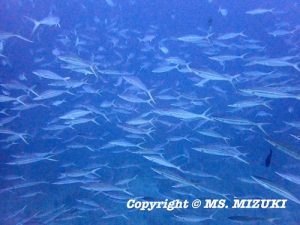 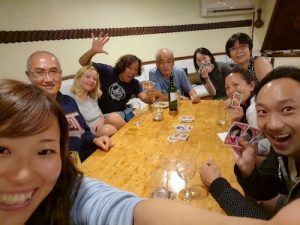 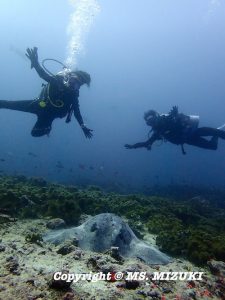 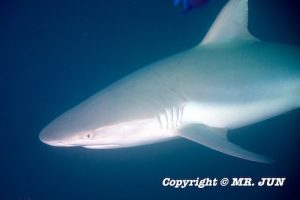 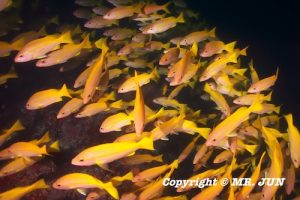 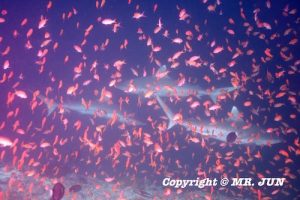 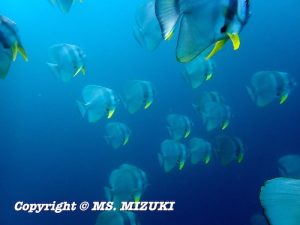 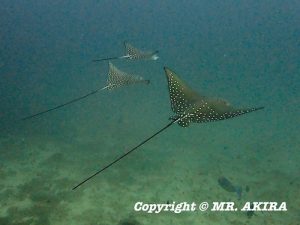 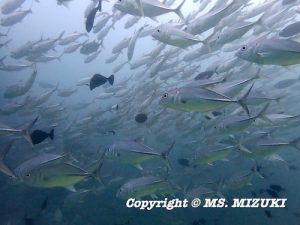 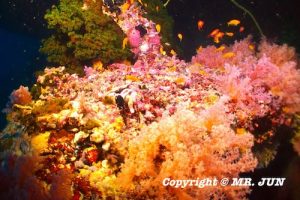 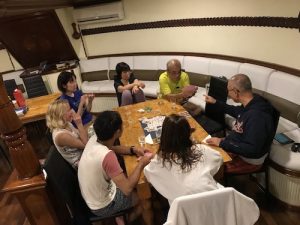