The day 5, we had the 1st dive of the day at Fesdhoo Wreck in the North Ari Atoll, which was the request of the guest to see the cohabited Gobbies. There were several gobbies such as Aurora Partner Gobbies and Dracula Shrimp Gobbies. The 2nd dive of the day was at Maaya Thila to observe the Longnose Hawkfish. Plus we found a black Trilobate Frogfish!  The 3rd dive was at Rasdhoo Madivaru in the Rasdhoo Atoll, which was newly designated as a Marine Protect Area during this trip! Wow! In fact, we could see all stars of Maldives, like Grey Reef Sharks, Whitetip Sharks, Dogtooth Tunas, Napoleon, Spotted Eagle Rays, Bigeye Trevallies and 20+ of Mobula Rays!

The day 6, we started the day with the 1st dive at Dhonfanu Thila in the Baa Atoll.  There were Grey Reef Sharks seen in the deep area. The regular Neon Fusiliers, Dogtooth Tunas, Bluefin Tunas and Giant Trevallies were also there at the corner, which the strong current hit. We found a Reef Manta Ray passing by around the reef. We hoped that he was attending to the Manta feeding aggregation at the Hanifaru Bay, which we would head to after the dive. We, then, moved to the Hanifaru Bay to snorkel with Manta Rays after the 1st dive as we planned. We could snorkel with about 4-5 Manta Rays at a time maximum. It was a okay, not great. The 2nd dive was at Dharavandhoo Thila. Some groups went to seek big fish, such as GT and Bluefin Trevallies and others went to observe Macro, like Gobbies. The 3rd dive was at Dhigu Thila. We entered the water as the current just started to change its direction. That made many fish gathered together! It was good to see Spotted Eagle Ray came to us several times. 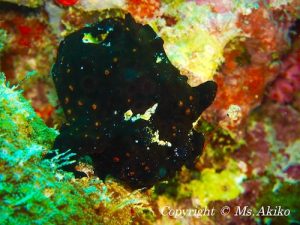 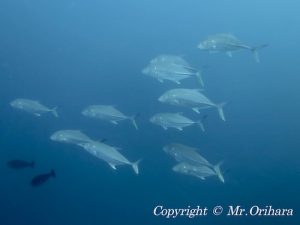 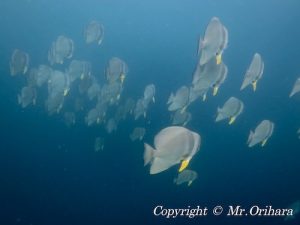 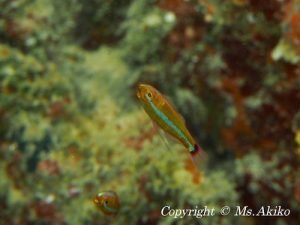 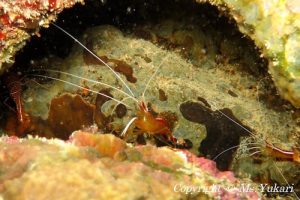 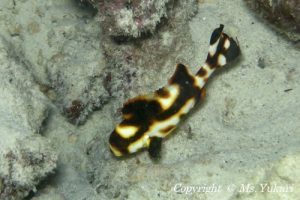 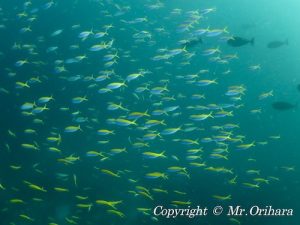 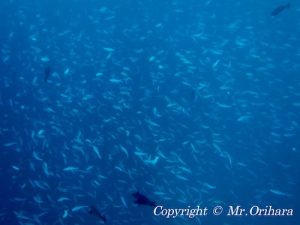 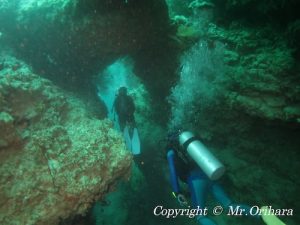 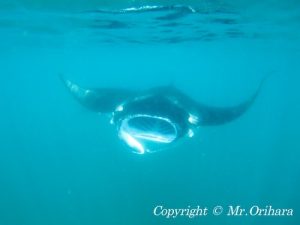 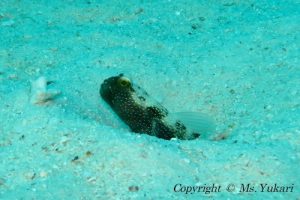 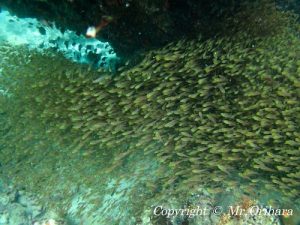 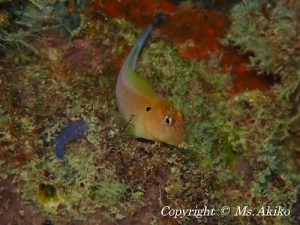 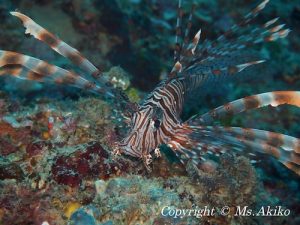