We’ve just got back from the Male and Baa Atoll trip, which was unusual route, mainly aiming for the encounter with feeding frenzy Manta Rays. Regularly, this frenzy Manta can be at their peak in September and October but we have heard that it had already started in July for this season. I was very anxious what we could expect on this trip! The 1st dive of the trip was at Lankan Reef in the North Male Atoll. We started with a bunch of divers for a Manta Ray. Gradually divers got out and more Manta rays came in. So we ended up observing five Manta Rays at a time exclusively at the cleaning station. It was such a luxury! The 2nd dive was at Fish Tank. There was almost no current. The school of False Moorish Idols were above us. And more than 2 dozens of Pink Whiprays appeared from the bottom suddenly! It was very exciting. The high occupied Moray Eels were still there. The 3rd dive was Maagiri Rock. It was very relaxing with Macro diving.

The day 2, we woke up in the Baa Atoll. The 1st dive of the day was at Dhonfanu Thila. The visibility was great. A big school of Neon Fusilers was getting attacked by Dogtooth Tunas, Bluefin Trevallies and Giant Trevallies. Some Grey Reef Sharks were seen in the deep side. It was a bit extraordinary that Rainbow Runners were beside. The regular big Napoleon showed up after the swim through. The 2nd dive was at Dharavandhoo Thila. We enjoyed Macro here. Aurora Partner Gobbies, Dracula Shrimp Gobbies, Black Shrimp Gobbies adn Jawfish were the entertainer!  Plus, a Manta Ray came by right before our safety stop.  The 3rd dive was at Dharavandhoo Corner, where we could enjoy observing Harlequin Sweetlips getting cleaned at the cleaning station. We could not get any feeding frenzy Manta that day. The Park Rangers at the Hanifaru bay were there but not working with no Manta. To be continued… 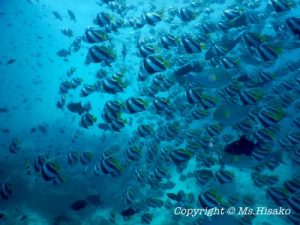 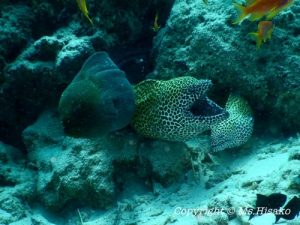 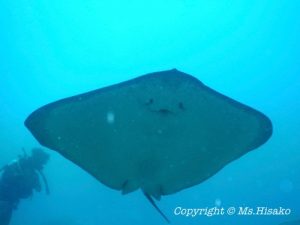 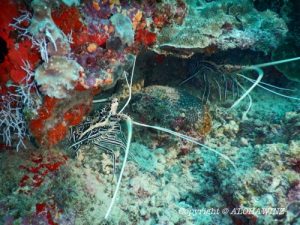 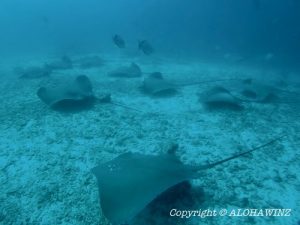 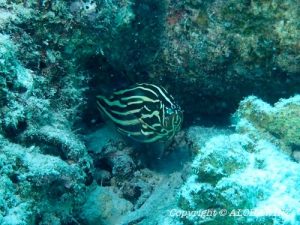 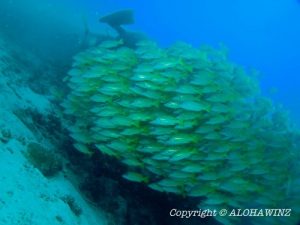 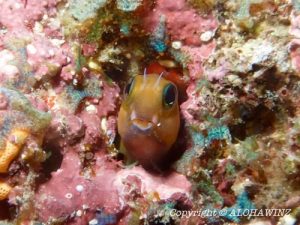 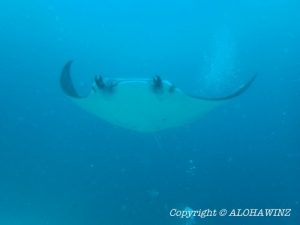 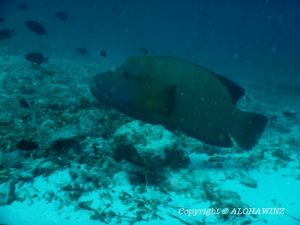 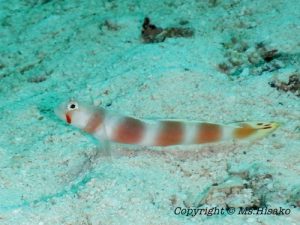 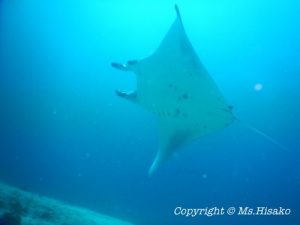 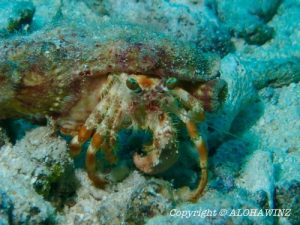 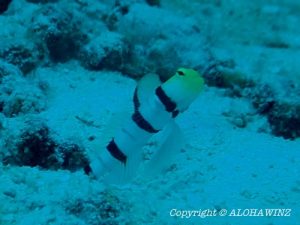 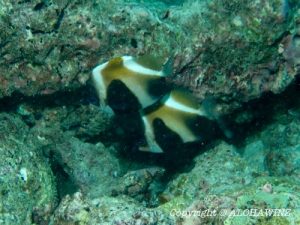 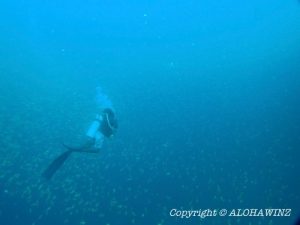