The day 2,  the 1st dive was at Fesdhoo Wreck in North Ari Atoll. This is the point well known with the wreck and the sandy shore area. We can’t go inside of the wreck but it has the nice wreck atmosphere, great for picture, and also has colorful soft coral and sea fans.  At the sand area was great for macro diving, observing the popular Dracula Shrimp Gobbies and Aurora Partner Gobbies. We, of course, spotted the endemic Maldivian Anemone fish as well. The 2nd dive was at Kan Thila. It became a one-way diving with a strong current. Welcomed by a school of Dogtooth Tunas and Double-lined Fusiliers. Plus, impressive Napoleon, Grey Reef Sharks and Whitetip Sharks we encountered with. The 3rd and 4th dive was at Fish Head. The later it becomes, the stronger current happens. The stronger the current gets, the more fish we can encounter! We had great time with the school of Bengal Snappers and False Moorish Idols. Also many Grey Reef Sharks was going around in the deep side.

The day 3, Mahibadhoo Manta Point in South Ari Atoll was the 1st and the 2nd dive points of the day. We searched for the encounter with Manta Rays, but we somehow could not make it.  Let’s make it happen later!  The 3rd dive was at Kudarah Thila. I personally like it here very much. This point offers us many fish as Fish Head to encounter. The False Moorish Idols are regular in Maldives, yet always attracts me. A Spotted Eagle Ray passed by. And the big school of Blue Banded Snappers we cannot forget! The friendly Tierra Batfish followed us and even attacked our camera! 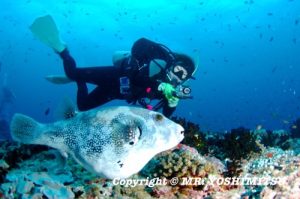 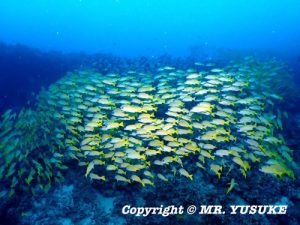 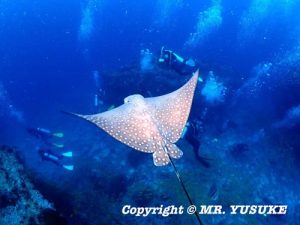 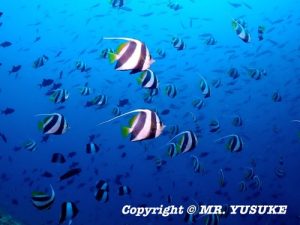 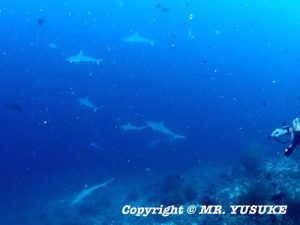 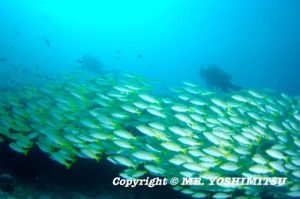 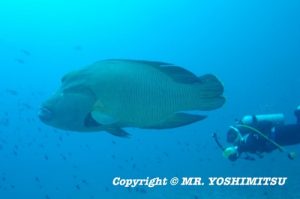 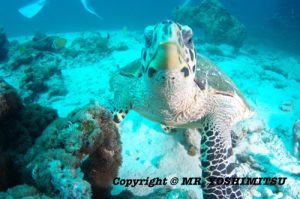 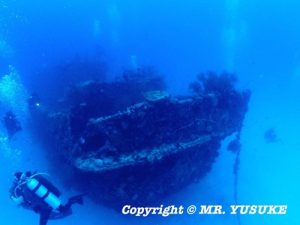 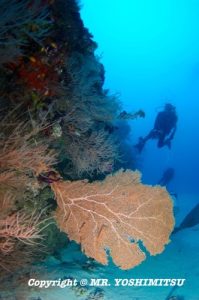 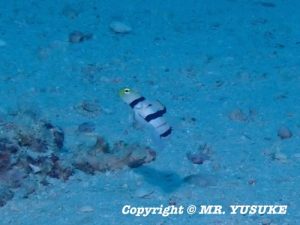 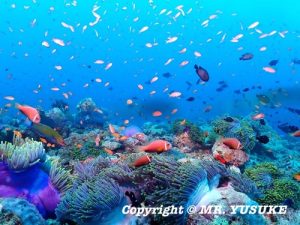