Day 5 of the special trip number 2 and the last day of diving for this trip, which started from #Addu atoll and end at #Gaafu atoll via #Fuvahmulah. The 1st and the 2nd dives were at Maarehaa Kandu in th Gaafu atoll. There was a good incoming current. At the corner of the channel, there were beautiful sea world of Yellowback Fusiliers, Grey Reef Sharks and Bigeye Trevallies. As we entered the channel for our safety stop, the Whale Shark appeared! It was hard for us to take a picture of it because it happened all of a sudden, and also it swam away quickly.  We saw a school of Spotted Eagle Rays during the 2nd dive! They were very gorgeous! The 3rd dive was at Dhiyadhoo Coral Garden, which had beautiful hard corals. We observed endemic species, especially Evansi Anthias! Their crowd is one of the highlights for this deep south route. The closer to get the Equator, the more Evansi Anthias we see. The last dive was at Maarehaa Kandu.  We could see many of Grey Reef Sharks, Lunar Fusiliers, Yellowback Fusiliers, Giant Trevallies and Bluefin Trevallies as we expected!  At the end, as we entered into the channel to get to the sand zone, we heard Dolphins!  7 of them were above us!  Then, they came down to our depth and showed us their playing with the sand! The water temperature was 26-31 deg.C. The water temperature was 26-28 deg.C. The visibility was 10-40 meters.

Thank you all for joining us and make this trip amazing! Hope to see you all again! 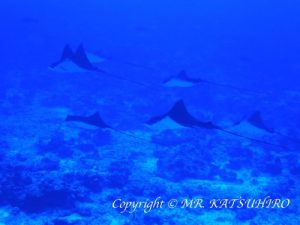 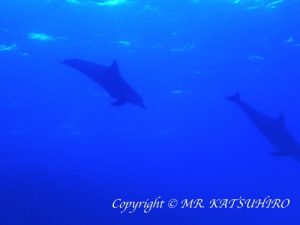 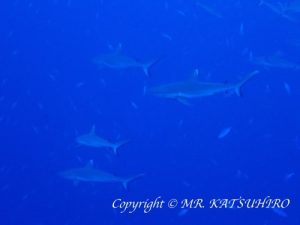 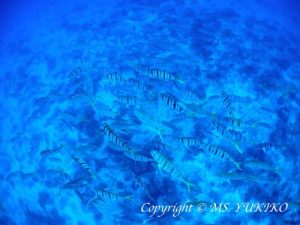 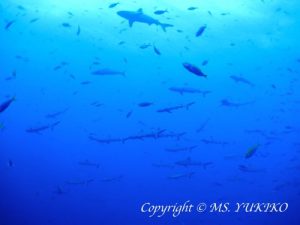 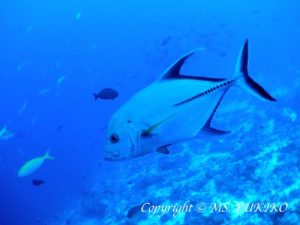 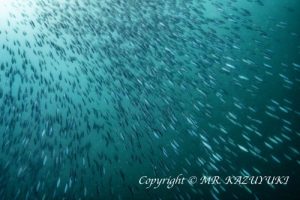 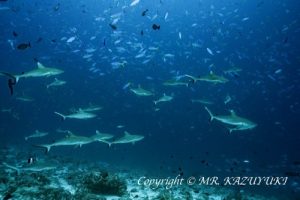 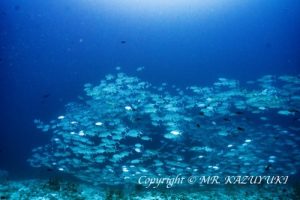 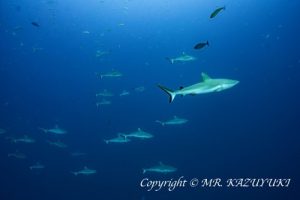