Day 3, we started the day with the 1st dive at Seventh Heaven in the South Ari atoll.  There was a complicated current which confused us a bit. The beautiful soft-coral-field is the site to see. It was just like a colorful flower garden. We could see Whitetip Reef Sharks at the sand area and underneath of overhang. All they were asleep or resting. Plus about a dozen of Napoleon fish appeared too!  The 2nd dive was at Fenfushi Out aiming for Whale Sharks. Unfortunately we could not see any of them, but many other fish like schools of Fusiliers, Rainbow Runners, Dogtooth Tunas and Barracudas were seen. At night time, we arrived a spot which has a rumor that is a hot spot of Whale Sharks.  We waited and waited,, then gave up to go to bed. Suddenly it was around 2:30 am, we hard of an exiting voice of a crew that said “Whale Shark!” Indeed, there was a Whale Shark finally showed up! Wow, I was admired of the crew’s persistence.

Day 4, the 1st dive of the day was at Fotteyo in the Vaavu atoll. We dove along with the out reef this time. There were dynamic overhangs and caves. And most famously the yellow soft corals are beautifully bloomed inside of those overhangs and caves.  We could successfully observe Exquisite Firefish, which the fish of the Vaavu atoll we should see. The 2nd dive was at Golden Wall. The reef located at the west side of the channel is fully covered by beautiful soft coral. The Sea Goldies, various Anthias and Butterflyfish were happily dancing in the channel. The 3rd dive was at Miyaru Kandu. Luckily we were the only group diving at the time! We could exclusively enjoy the observation of Grey Reef Sharks, Bigeye Trevallies, Spotted Eagle Rays, fat Dogtooth Tunas, Giant Trevallies and huge Napoleon. The 4th dive was at Alimathaa Jetty as a night dive. It is such a popular site. We saw some boats already tied up. However, somehow, there were no other divers underwater! We exclusively enjoyed the exciting scene of Tawny Nurse Sharks, Pink Whiprays, Giant Trevallies, Bluefin Trevallies and Black Jacks all tumbling in and out. Especially it was fantastic that the numerous Tawny Nurse Sharks was streaming like a river as we looked up. 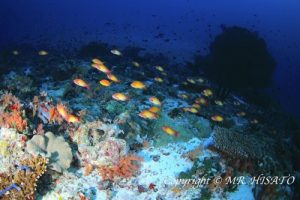 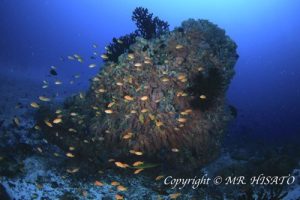 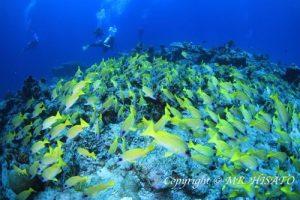 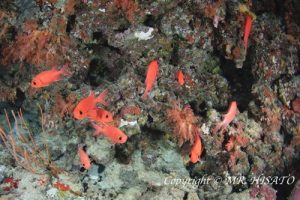 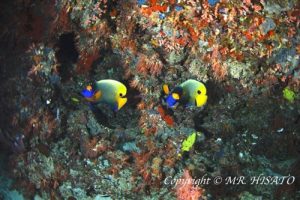 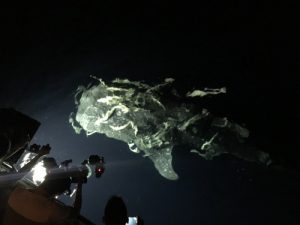 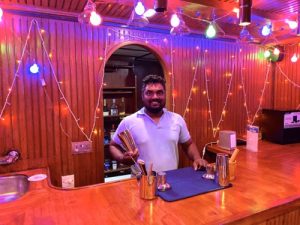 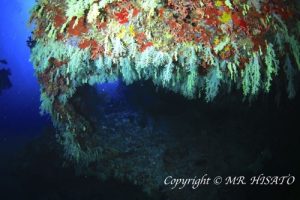 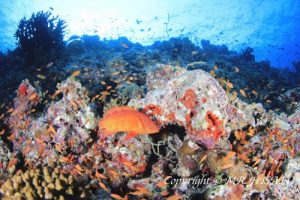 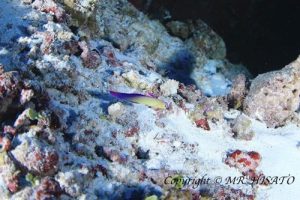 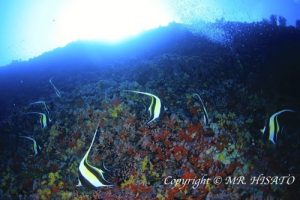 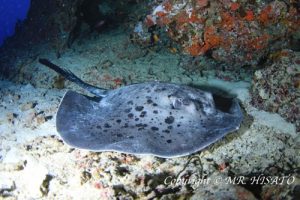 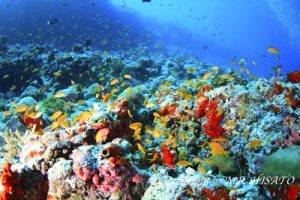 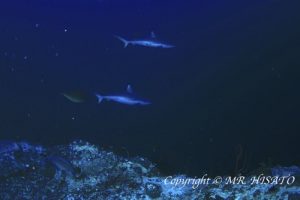 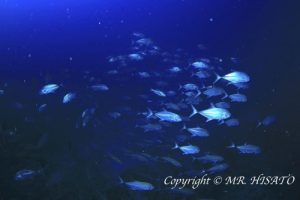