Day 5, the last day of diving for this trip. It was cloudy but we saw a beautiful rainbow in the morning! The 1st dive of the day was at Muthaafushi Thila in the Baa atoll. The Grey Reef Sharks and the Whitetip Sharks welcomed us in the water. When we reached at the point, everything we could see was yellow because of the big school of Yellowback Fusiliers and Yellowbanded Fusiliers. Addition to that, Bluestripe Snappers, which have a base colored yellow, and Indian Snappers, also very yellow, were gathered as we visited the main reef. It was very cute to see the kiddies of Whitetip Sharks were hidden in the bush of coral. And the kids of Hawksbill Sea Turtle were also doing the same thing. The 2nd dive was at Nelivaru Haa. The visibility was fantastic! It could be the best condition in this season. The very friendly Hawksbill Sea Turtle was a good model for us to take pictures of it. Many of Maldive Anemonefish were seen. They are my favorite. The 3rd dive was at Kihaa Rock, where we could observe three different snappers such as Bengal Snappers, Bluestriped Snappers and  Fivelined Snappers. They look alike but here, you have the chance to see the difference. Besides we enjoyed to see macros at the end. We also celebrated two guests’ memorable dive on the boat!  It was such an honor to have you guys on the boat for the special dives! The air temperature was 26-31 deg.C.  The water temperature was 28-29 deg.C. The 3mm or 5 mm wetsuit was recommended. The visibility was 10-40m.  Thank you all for joining us and also for making this trip amazing. Hope to see you all again! 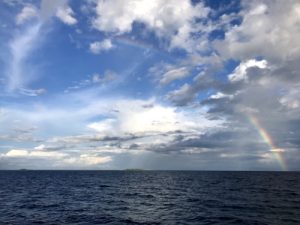 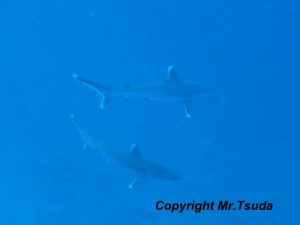 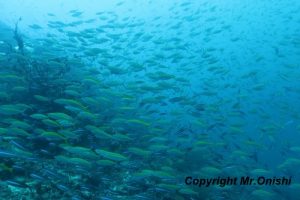 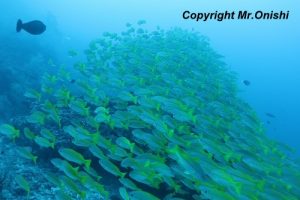 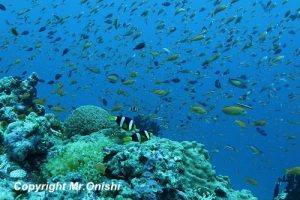 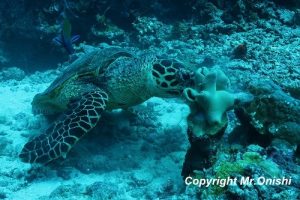 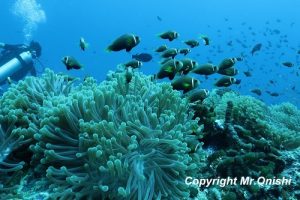 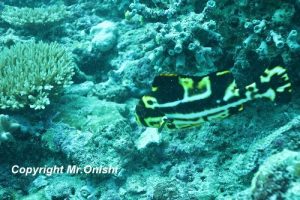 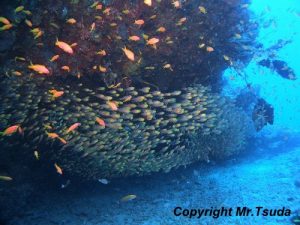 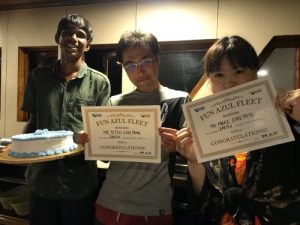 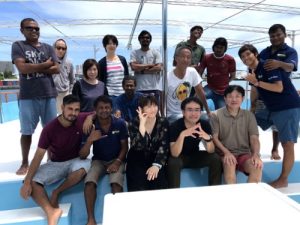