Happy Songkran, we have had team Thailand and Japan from 7-14 Apr during Thai New Year.

First day, We dived at Fish Tank, for some Stingrays, butterfly fishes and snappers, fatty Moray eels, juvenile sweetlip.
Second dive at Rasdhoo Atoll, Rasdhoo Madivaru is a very nice site for big fishes. with a nice incoming current, right at where we just jumped, we hooked on and watch for grey Reef Sharks, after that, we saw Yellow fin Tunas, Dog Tooth Tunas, white tip sharks, Egale Rays and a group of Jacks!

Second day early morning dive at Rasdhoo Madivaru for Hammerhead Sharks and we met one at 35m!!
2nd dive at Kan Thila, 1 Nepoleons, ~15 Grey Reef Sharks and White Tip Sharks.
Fish head as the third, there were some current at this dive, we met 2 Turtles, school of yellow snappers, Tunas, school of butterflyfish, blue snappers and many more.
For Manta night dive, we met 3 Mantas at Fesdhoo Goni, they came really close to us, and mistakenly gave us some slaps, haha!!

Third day, we dived first at Fesdhoo Wreck, long nose hawfishes and glass shrimps and different kind of cleaning shrimps are living there. We saw an Octopus and a tiny nudibranch on the top side too, the reef next to the wreck are covered by colorful Anemones, there were a Scorpion fish and some nudibranches as well.
Second dive at our underwater crowded city – Moofushi Manta Point. There were many white tip sharks lying on the bottom about 28m, sweetlips, snappers and leaf fish are around the cleaning station, there were 6 Mantas at that dive with 4 baby Egale Rays, We met an Onto couple were mating for > 30mins

😂How COOL!
After that, 3rd dive at Kahlahalhadhi. the coral life here are pretty, colourful soft corals, big leather corals, we saw 2 turtles and a Nepoleon.

Forth day was a whale shark seaech day!!
We did three dives around Maamigili area in South Ari Atoll. The area was so empty on that day though, no lucky for big big whale sharks, but stingrays and white tip sharks are always there on the deeper bottom during every dive.

On the fifth day, we dived at Vaavu Atoll.
First early morning dive at Fotteyo, no hammerheads but blue water.
Second dive at again Fotteyo, some hunting and playful Grey Reef Sharks, Tunas, Jacks, beautiful yellow soft corals hanging over the hangs.
Third dive at Miyaru Kandy and very small incoming current, as we said NO CURRENT, NO SHARK, there were less than 10sharks in the channel, school of Jacks, Tunas, Turtle and Mantis Shrimp instead.
Evening at Alimatha Jetty, not many boat as usual due to the bad weather.
As usual, we had more than 3
20 Nurse Sharks, around 5 stingrays, and many hungry and Giant Jacks. They come sometimes very close to give you a hug, remember to stay calm, they are friendly.

On the 6th day, we did only two dives, both at Kandooma Thila.
First dive was small outgoing current, group of 10 Egale Rays right after we reached 25m, and school of 30-40 sharks at 35m, big parents with team babies, very cute

😍
Currentchanged as incoming at the second dive We met a wall of 50+ grey reef sharks, some white tip sharks, Jacks, Turtles! It is worth kicking you know that!!

Thanks everyone for diving with us! We hope to have you back on our new boat next seasons

*We did have some rains and clouds but the weather was generally alright, water temperature around 28-30℃, 3mm wetsuit is enough. 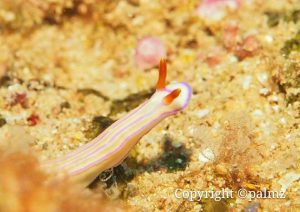 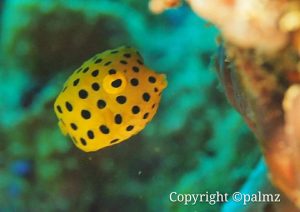 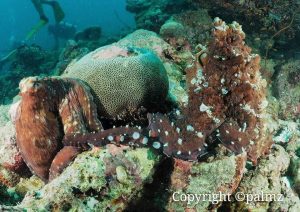 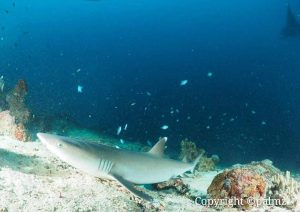 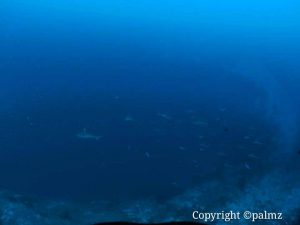 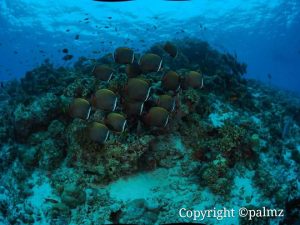 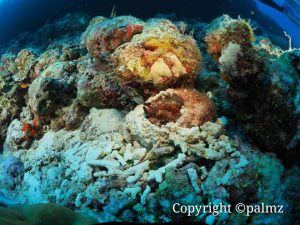 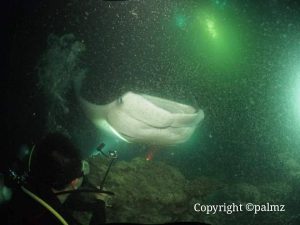 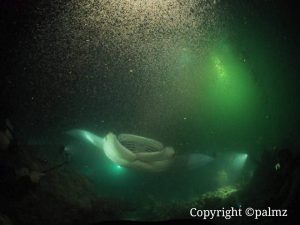 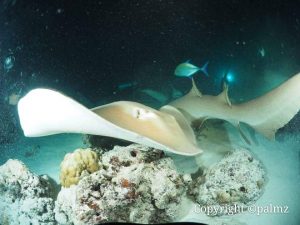 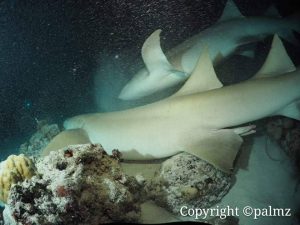 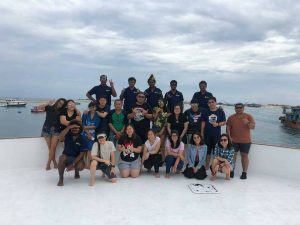