Hello everyone, we are just back from the last amazing Vaavu trip, from 13-19 January. North Male, South Male, Vaavu, North Ari and South Ari atolls have been covered in this week.

First day we started at Maagili Rock, it is a small dive site but with many marco things in once, we saw Mantis Shrimp, Long Nose Hawfishes, Nudibranches, and the rock is covered by a group of yellow snappers. Second dive at Fish Head, it is a protected area, when no fishing is allowed, there are more fish lives, blue and yellow snappers were under hunting game by Tunas and Jacks, you will find White Tip and Grey Reef Sharks, Long Fin Banner Fishes and Turtles here too. We did also night dive with Manta Ray at Fesdhoo Goni.

Second day at Moofushi Manta Point, we did two dives here with approximately 6 Mantas at each dive, White Tip Sharks, Egale Rays, Leaf Fish and Stonefish can be also found here. Before our evening beach BBQ on Rahdhiggaa Island, we did our dive at Rahdhiggaa Thila, it is a rather easy dive site, we met a few Grey Reef Sharks here, and some small things like Nudibranches, Blue Snail Sponges.

The third day, we dived at Rangali Madivaru, after the first dive with 6Mantas the whole dive, we started to search for Whale Shark, we met one while snorkeling, and another one underwater, there were also some Mantas at the second dive, but Whale Shark was our aim, we didn’t stop for Mantas. In the afternoon after lunch, we went to Five Rocks, a dive site with colorful corals and Sea Fans, you would see Jack fishes hunting here too.

We were at Vaavu atoll on the fourth day, it was a sharky day,bFotteyo was our first dive site, Grey Reef Sharks, White Tip sharks and beautiful yellow soft corals hanging on the overhangs. Second dive at Fushi Kandu, it is our first time to visit there this season, it was truly amazing!! school of 20+ Egale Rays, countless Grey Reef Sharks during the whole dive!! Big Tunas and Jacks we’re also there! As sharks is writer’s favourite, we went to Miyaru Kandu after lunch, the current was a bit strong, Middle current, but sharks love current, we have seen enough White Tip Sharks and Grey Reef Sharks for today. Moved to Alimatha jetty for some Nurse Sharks in the evening, you would find Stingrays and hungry Jacks here, be clam and watch the show, they would come really close to touch you!

On our last day, we did again Miyaru Kandu for the first, the current was a little less strong as yesterday, but Grey Reef Sharks and White Tip Sharks are always guaranteed here. It never let you down with sharks!!! The second dive and the last dive of the trip was at Kuda Gili Wreck, after so many sharks actions and current fighting, we decided to make our last as the comfortable one, you will see three to four kinda of cleaning shrimps, lionfishes, long nose hawfishes and Mantis shrimps around the wreck, and Nudibranches, Turtles, nice coral reef next to the wreck.

Weather now is good, water temperature about 28-30℃, 3mm Wetsuit would be enough.

Thanks for diving with us!! We hope to see you again soon!! 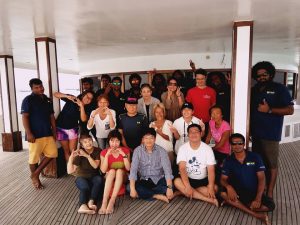 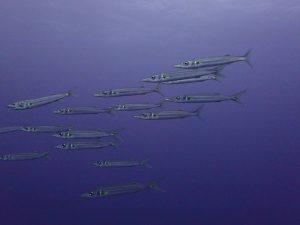 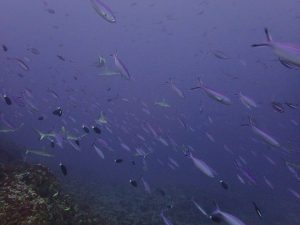 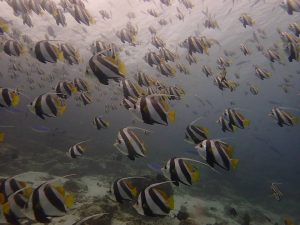 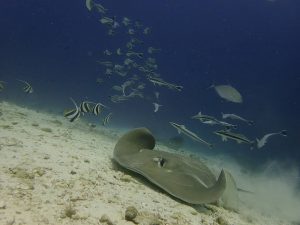 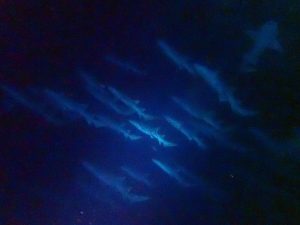 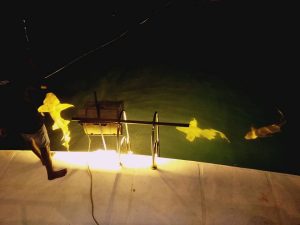 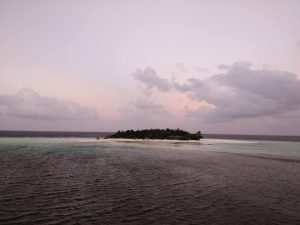 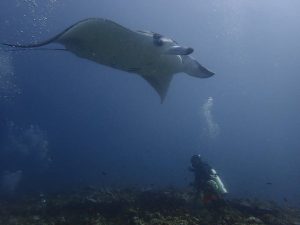 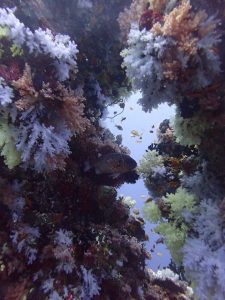