Day 2, the 1st dive of the day was at Golden Wall in the Vaavu atoll. The current was incoming to the inside of the channel.  We could see the Grey Reef Sharks and Bigeye Trevallies at the edge of the channel. But  it was a little bit too deep.  The reef in the channel was busy with Sea Goldies as usual. The polyps of soft corals were blooming but the current was too strong for us to observe it well. The 2nd and the 3rd dives were at Fotteyo. We deliberately took the course of dynamic overhangs and caves. The yellow soft corals were so beautiful. Exquisite Firefish were introduced very well since there were many. Besides, Bigeye Trevallies, Dogtooth Tunas, Giant Trevallies, Spotted Eagle Rays and Grey Reef Sharks were seen.  Even Dolphins came by the boat while we were moving in between dive points. At the end of the day, we arrived at the night Whale Shark spot, where became so famous recently. There were 11 boats for the night Whale Shark! And yes, we saw it!  The water temperature was 26-31 deg.C. The water temperature was 26-28 deg.C. The visibility was 30-40 meters. To be continued… 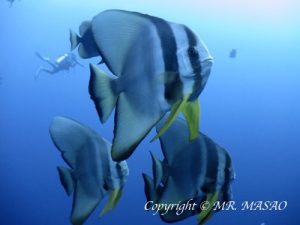 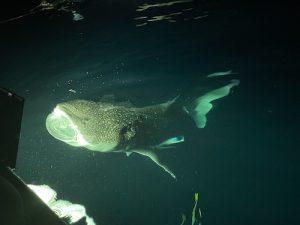 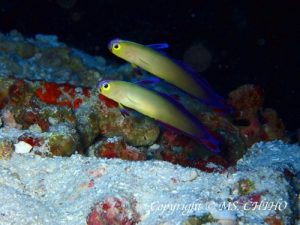 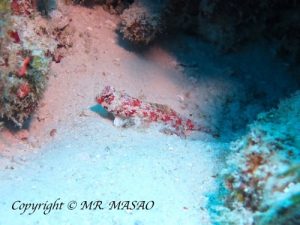 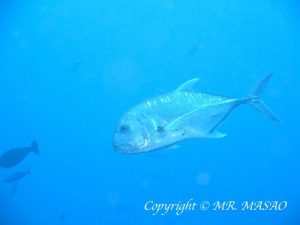 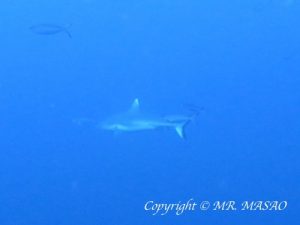 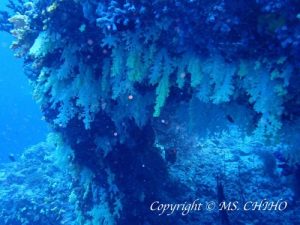 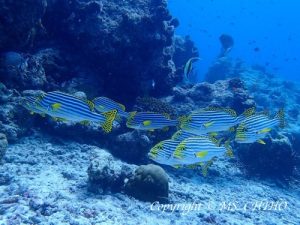 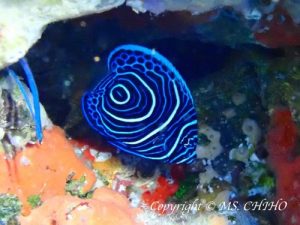 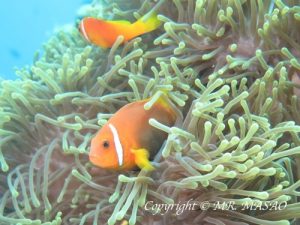 Our new year trip was started with a check dive at Maagiri Rock in the North Male atoll. It was a perfect condition for a check dive with almost no current. The Longnose Hawkfish, Starry dragonets, Banded Reef Gobbies and McCosker’s Flasher Wrasse were introduced. The 2nd dive was at Kuda Giri Wreck in the South Male atoll. We stayed inside of the atoll because of the big rough wave outside. Luminous Cardinalfish was being attacked by Bluefin Trevallies near the wreck. And I was surprised how much the hard coral here had grown up healthily. And various Chromises have made their habitat happily. Besides, my favorite Redeye gobbies and the mouth breeder Large Toothed Cardinalfish that held as many egg as possible were seen. The 3rd dive was at Miyaru Kandu in the Vaavu atoll. We barely kept our position at the edge of the channel with current hook. And Sharks were easily swam around there back and forth. The Dogtooth Tunas were soooooo big!  The 4th dive was at Alimathaa Jetty for a night dive. Surprisingly we were the only divers who enjoyed the night dive at that time. Tawny Nurse Sharks, Pink Whiprays, Bluefin Trevallies and Black Jacks were very aggressive as usual. Especially I love to see the river of Tawny Nurse Sharks streaming here. The water temperature was 26-31 deg.C. The water temperature was 28-29 deg.C. The visibility was 10-40 meters. To be continued… 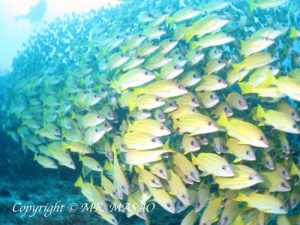 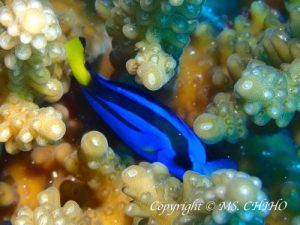 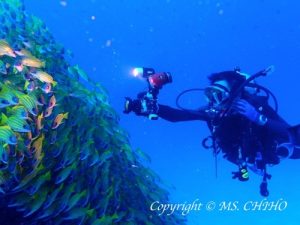 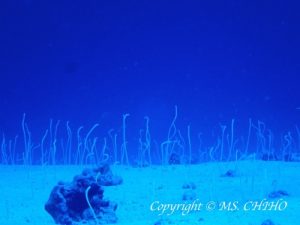 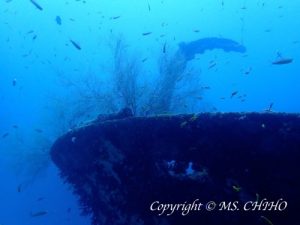 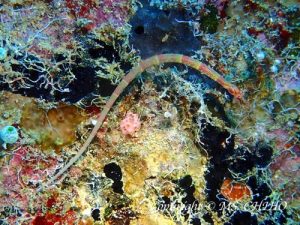 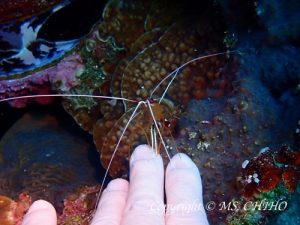 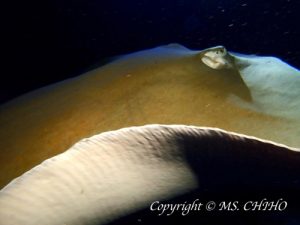 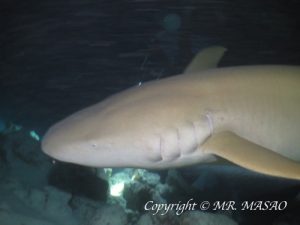 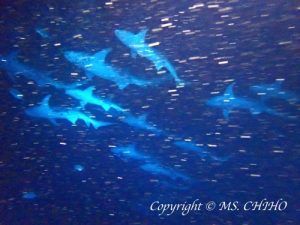 Day 5, the last day of diving for this trip started at Kandooma Thila in the South Male atoll. The 1st and the 2nd dives were held there. We hooked ourselves near the cleaning station where the Grey Reef Sharks came again and again like an endless loop. And the rare species, mix of Indian Smoke Angelfish and Threespot Angelfish were there for us to observe.  The 3rd dive was at Fish Tank in the North Male atoll. Numerous Pink Whiprays, Blotched Fantail Rays and False Moorish Idols were bubbling up from the deep side! As always we didn’t forget to introduce the famous Moray Eels’ apartment. The water temperature was 26-31 deg.C. The water temperature was 28-29 deg.C. The visibility was 10-30 meters.

Thank you all for joining us and also for making this trip amazing! Hope to see you all again! 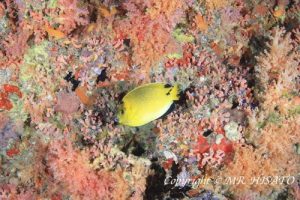 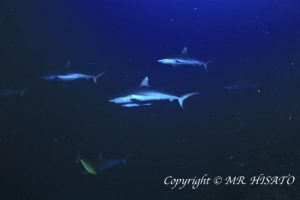 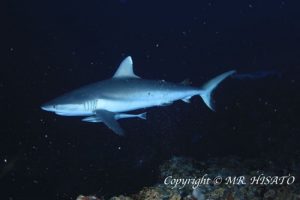 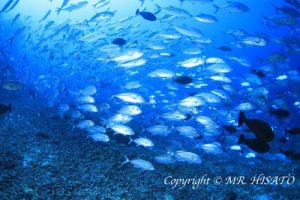 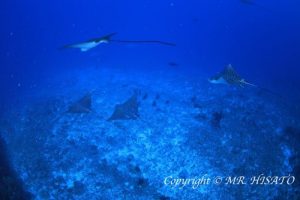 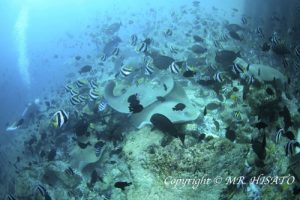 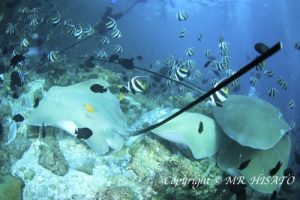 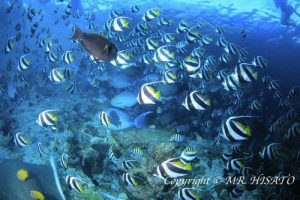 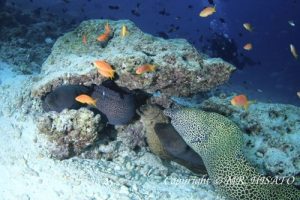